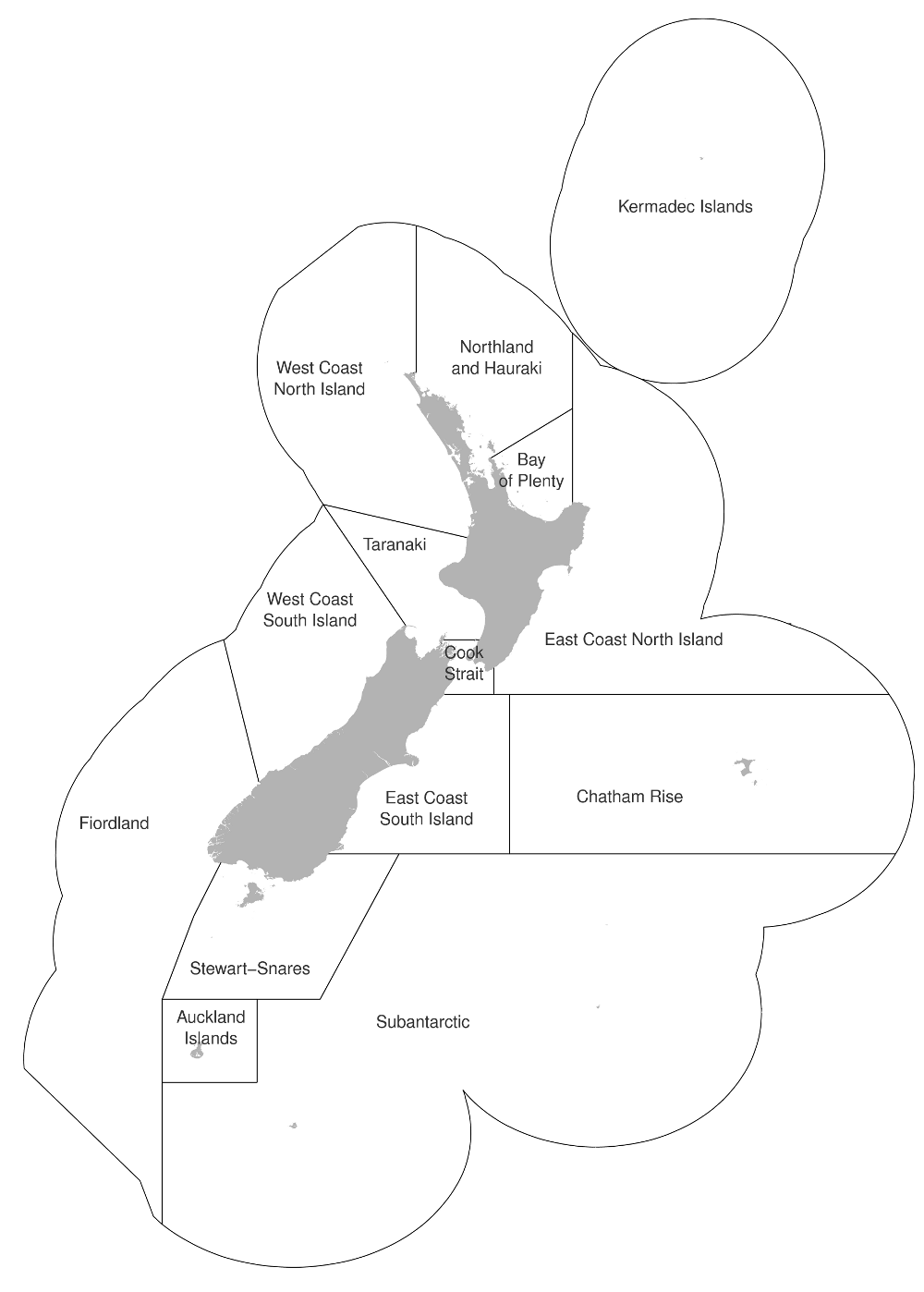 In New Zealand commercial fisheries, captures of protected marine species are monitored at sea by Government observers. Observers are placed on selected vessels by the Ministry for Primary Industries and the Department of Conservation. Observers collect information on any protected species captures that occur during the fishing,

These pages contain data on observed captures of seabirds, marine mammals, and turtles from 2002–03 to 2019–20. The data cover all trawl, longline, set net, and purse seine fishing within the New Zealand Exclusive Economic Zone during this period. The observed captures will be used to estimate total captures across all (observed and unobserved) commercial fishing, using statistical modelling.

The core data are the records of observed captures. These are animals reported by fisheries observers as captured and then either released alive or landed dead. Observed captures do not include cryptic mortality (e.g., birds killed by warp strikes, but not brought on board the vessel ). Captures also do not include seabird deck strikes (such as birds whose deaths were unrelated to the deployment of fishing gear per se) or animals captured in a decomposing state (as these were assumed to have died of causes unrelated to the observed fishing effort).

A status of ‘dead’ or ‘alive’ reflects the animal’s state on capture or release (if alive). The status of ‘alive’ does not indicate a prognosis for survival after release.

When birds are captured they are identified by the observer, to the extent that the observer is able. Dead animals may subsequently be returned to the Department of Conservation for necropsy. This allows an accurate identification to be made. Since 2010, observers have routinely photographed captured animals, and these photographs allow expert identification to be made.

The scientific and common names follow the recommendations of the Ornithological Society of New Zealand checklist committee (2010).

The following fisheries were used for summarising the data. The codes in brackets are three letter codes used by the Ministry of Fisheries.

A set of areas were developed for summarising the fishing effort and the protected species captures. These areas were chosen for the purpose of grouping related fishing effort together, and are not the Fishery Management Areas. A map showing the areas is available here, and may be downloaded as an ArcGIS shapefile.

For some fisheries, such as Southern Blue Whiting a different fishing year is usually used. The data may also be viewed by calendar year.

Data are made available for reuse by the Ministry for Primary Industries and the Department of Conservation, under a creative commons attribution licence, following the recommendations of NZGOAL. Figures are available under the same licence, but copyright Dragonfly Science. This licence allows the figures and data to be used for any other purpose and republished, provided only that attribution is given to the source. At the bottom of each page, a citation is given with a preferred format for referencing the data.

Creative commons images have been sourced to illustrate each species. These may also be reused, subject to the conditions of the original licence.

We are especially grateful to the many observers who have collected these data. This analysis was carried out through Ministry for Primary Industries project SEA2013-08: Data Preparation for protected species bycatch.